Creating a Pottery Reference Collection: Experience as a volunteer at Corinium Museum

This week’s blog post is written by Nick Jones. He is currently studying for an MA in Archaeology at Cardiff University.

For the last few months I have been volunteering as part of the new Heritage Lottery Funded Stone Age to Corinium project. This is an enormously important development which will enable Corinium Museum to continue to evolve. Once finished it will provide visitors with a better learning experience and ensure that it retains its place as a leading archaeology museum.

My role, although relatively small, in its own way contributes to this overall aim. I have been tasked to provide a new pottery reference collection. The core idea is to provide a more in-depth but also accessible catalogue that will complement the new galleries. This involves searching through the large pottery assemblages which are composed of objects that were originally found in Cirencester and the wider area. I have been hands on with this collection, developing a list of examples which cover the Neolithic (c.4000 BC) all the way up to the Early Medieval period. Once the work is finished visitors will be able to view a comprehensive guide, enabling them to build their own knowledge of the different types of ceramics through the ages. 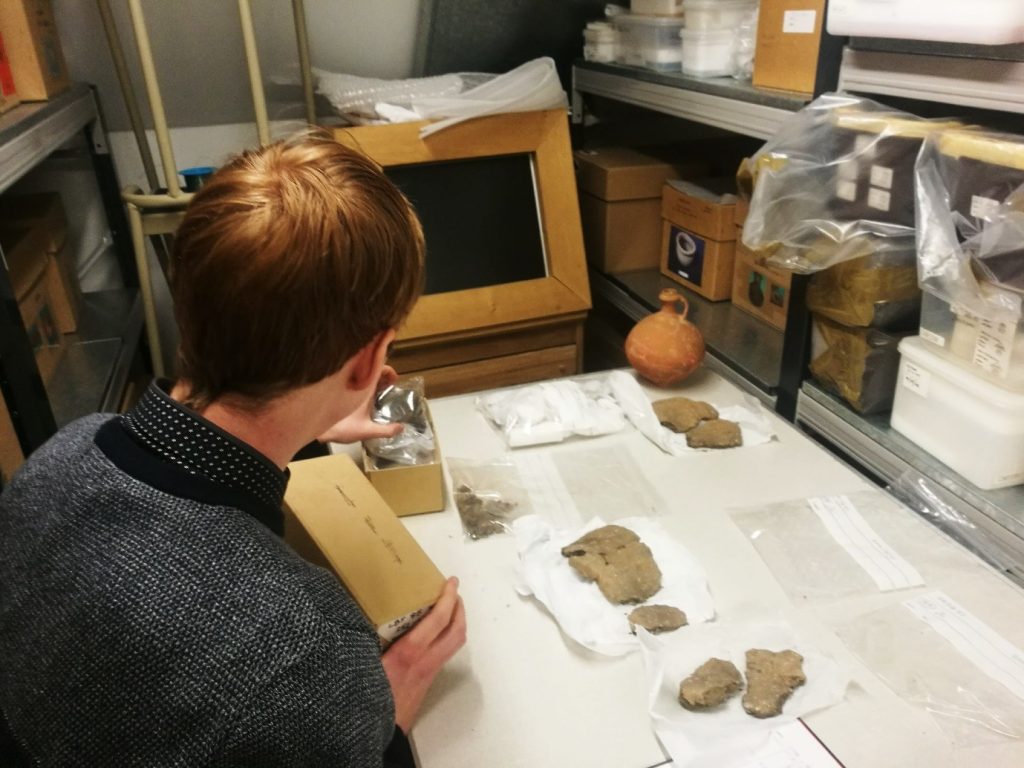 Some people (even some archaeologists) may feel that pottery is somewhat trivial in comparison to other artefacts. Perhaps it is no match compared to a Bronze axe or a Roman mosaic. However, through this project I have found that it has its own story to tell. It has a direct connection to an everyday more domestic past, telling us the cooking, eating and drinking habits of some of our distant ancestors. It even gives us an indication of the landscape in which these people utilised, with locally crafted examples being particularly rich in Cotswold limestone.

There is a wealth of interesting pottery at the museum, which the pottery reference collection will now bring to light. A very poignant piece in the collection is from the Early Iron Age, part of a miniature bowl decorated with fingernail impressions. On the surface it may seem like a slightly curious object. Yet when you look more closely it is clear that the fingernail impressions are too small to be that of an adult. Also, the incised diagonal lines are rather less consistent and are fairly unsymmetrical compared to other examples. Therefore, what we’re looking at is likely the work of a small child. For me I imagine that a child, perhaps a new apprentice, or the son or daughter of a pottery maker, has shown an interest and has been given an opportunity to learn new skills. This is an immediate link to local daily life from a time where no written records exist. It has the power to inform us about people from long ago, who once, like us called the Cotswolds their home. 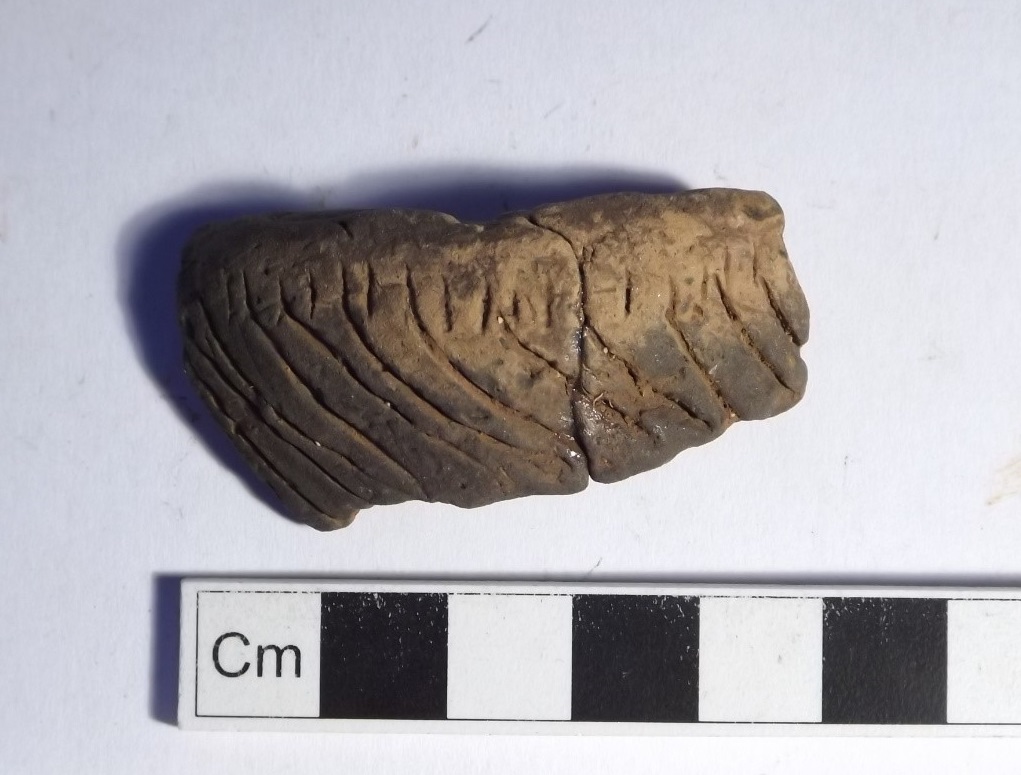 Early Iron Age miniature bowl piece: the small fingernail impressions may be the work of a child (Found at the Cotswold Community site).

Overall, as a budding archaeologist I have found the experience gained so far on this project invaluable to my understanding of ancient pottery. I have gone from having very little idea about ceramics, to being able to identify various different types that are present within the archaeological record. This is knowledge that I hope to use on an excavation soon. I am very appreciative to Corinium Museum and the Heritage Lottery Funded project for providing me with this connection to the past.