Religious life in Roman Britain was very varied. The Romans tolerated the religions of the people they conquered resulting in an enormous variety of religious practice. 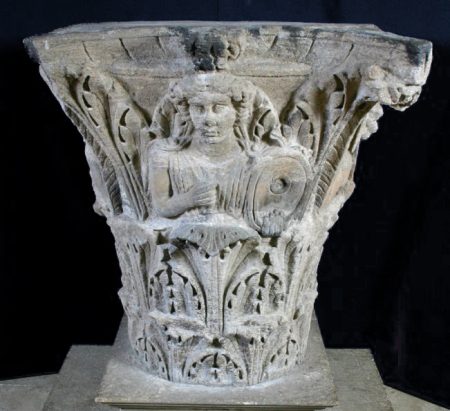 The only cults to be suppressed were those which were either offensive to the Romans e.g. Druidism, with its tradition of human sacrifice or those which seemed to pose a political threat to the stability of the province e.g. Christianity. There was no established church in Roman Britain and there was no central priesthood.

The Romans and local tribes were pagan and polytheist. The religions of post-conquest Britain can be divided into four categories:

Worship of the Capitoline Triad was also demanded by the state in Roman times. The gods of the Triad were Jupiter, Minerva and Juno. Most of the evidence of this worship comes from military sites in Northern Britain but from the civil zone there are surviving fragments from columns set up to the worship of Jupiter. One such is known from Corinium where a highly carved column capital still survives.

Official cults were imposed by the Roman governments and demanded the respect and observance of Roman and Celt alike. It was very much an instrument of Romanisation and a show of solidarity – rather than an attempt to instill a personalised religion to which the people would become committed. Thus, unofficial Roman cults also flourished.

Cirencester is rich in evidence for the worship of gods, both Roman and Celtic. There was possibly a workshop producing religious sculptures in the local limestone. Fortuna and Diana are represented; there are several reliefs and a stone head of Mercury and there is a dedication to Jupiter. Oceanus appears on mosaics and stone sculpture and an unusual copper alloy head of the Roman god Vulcan has survived to the present day. Native deities are also represented and include a river god, or possibly Neptune, Genus Loci and Cernnunus. 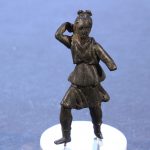 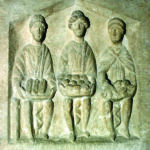 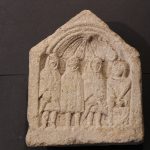 The most popular local cult in Gloucestershire appears to have been that of the mother goddess (dea mater) – a fertility symbol often accompanied by three hooded male spirits or minor deities – the Genii Cucullati personifying the locality.