Whoo are yhoo? – The Early Celtic Menagerie of England and Wales and its Owl

Home Blog Whoo are yhoo? – The Early Celtic Menagerie of England and Wales and its Owl

Animals and humans have always been a well-recognised part of the earliest Celtic Art style in Europe – also known as La Tène art. This is no different in Britain, where this particular art style appears half way through our Iron Age (c.400BC) and continues into the Roman Conquest (1st century AD). But often the study of these objects and their art style has been confined to larger, more prestigious pieces like the Battersea Shield, golden torcs and the iconic weaponry like the Kirkburn sword. The use of animals and humans has rarely been given any specific attention. My PhD project is looking to challenge this.

Funded by the Heritage Consortium, I’m looking to assess how animals and humans are used in the artwork of this period. I want to ask questions that no one has asked before, such as do certain animals only decorate certain types of objects? Are certain animals only found in certain areas? What might be the reasons behind these choices, and why were these animals important in their own unique ways?

But looking at the artwork alone could provide us with a biased picture of only one element of society. Therefore, I’m going to compare how animals are used in the artwork with the evidence as to how animals were treated in life, as interpreted from their skeletal remains. Combining these two accounts, I’m hoping to be able to provide a much more accurate interpretation of animal-human relations of the period. It will also be the first time that an element of the artwork has been specifically related back to another part of the society that produced it, rather than it being treated as a separate entity that has struggled to be incorporated into wider interpretations of Iron Age life.

So far I’ve looked at bovines, boars/pigs, horses, dogs and even a cat! Some of these are really easy to recognise, such as bovines with their long pointed horns, horses with their graceful necks and long faces, and boars/pigs with their rounded bellies and tusks. But sometimes it’s not so easy, and the break of time means we are sometimes struggling to recognise what a creature might be. We’ve lost that familiarity. The species that really encapsulates this is birds.

Birds are the second most common species used within the artwork in England and Wales, totalling up to nearly ninety items so far. It’s currently thought that the most common item type is vessel fittings, used to decorate buckets, bowls and cauldrons. The majority of items that survive are made from copper alloy (bronze). It is possible that birds may have been made from organic materials such as wood, but they will not have survived as well as those made from metal. Birds in the art appear all over England and Wales, with particular clusters in Lincolnshire and along the Welsh Marches.

So what species can we identify? Some are easier to recognise than others, such as the long graceful neck of the swan/goose of LVPL-657687, or the classic mallard-type duck shape such as SF-DF4933. Others are more difficult, like the tufted and often deemed mythical birds that swirl on the shield boss from Wandsworth (BM 1858.1116.2). But thanks to the eagle-eyed at the Corinium Museum, we can also add owl to the menagerie of England and Wales. 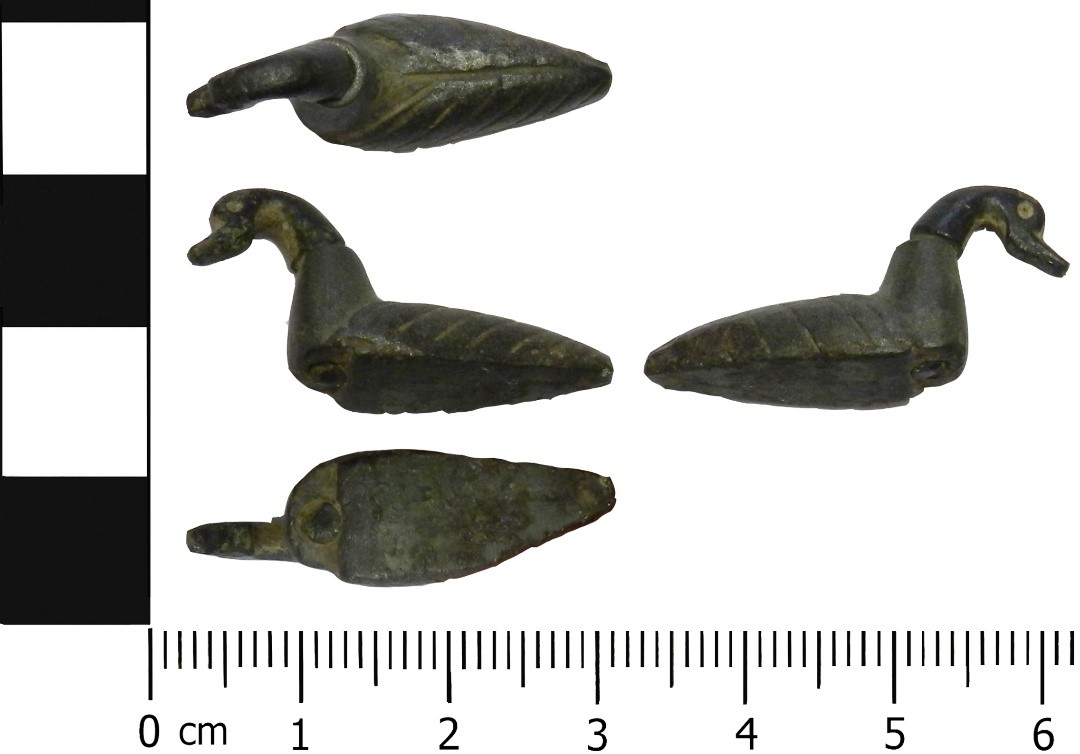 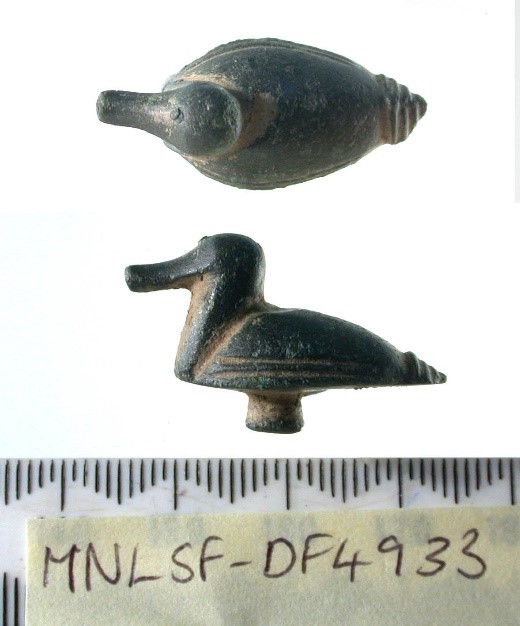 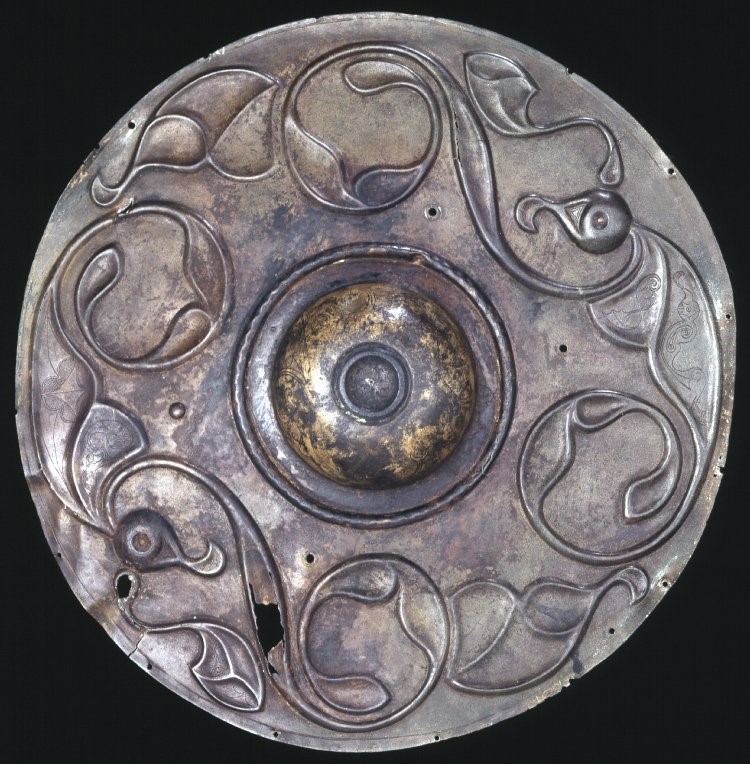 The fitting is a combination of an Iron Age La Tène style animal in combination with Roman period micro-cell enamel work. It’s therefore likely to date to the 1st century AD. It’s made from copper alloy. The two bars on the back of the piece indicate it was perhaps designed to be mounted on a strap and possibly worn as a clothing accessory, as it would be too small and potentially not strong enough to be used as part of horse equipment. It is the only confirmed owl found in England and Wales so far, although is not unique to Europe where there are owls on a bucket fitting from Brå in Denmark (Jope 2000 156g) and on a golden arm ring from the ‘Princess’ grave at Reinheim, Germany, dated to the mid-4th century BC (Megaw and Megaw 2001).

Why were owls included in the art? What did they represent or were they just a rarely used form of decoration? As yet we just don’t know. Until we find more examples within secure archaeological contexts, we can only imagine. But this late example is another valuable piece of the puzzle which could help create a better understanding of animal-human relations not just for England and Wales during this period, but for Europe too.

Thanks to James Harris for making me aware of this object and sharing it with me.