Miles Clifford is an undergraduate student at the University of Southampton studying Archaeology, and has been visiting the Corinium Museum collection as a researcher for his dissertation evaluating the political power and influence of local cults.

Ancient Britain was host to an incalculable number of gods and spirits, ranging greatly from local British water cults to oriental mystery religions with Syrian origins.

The most popular cult in and around Roman Corinium (Cirencester)appears to be the Matres or the Mothers. Archaeological finds from sites in and around Cirencester, notably Ashcroft, Watermoor Rd and Daglingworth attest to a popular local cult with numerous reliefs, altars and images depicting the Mothers. 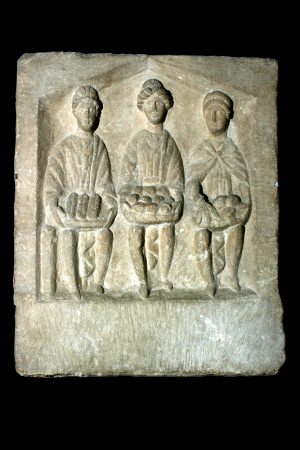 This relief dating to the 2nd or 3rd Century AD depicts three sitting goddesses carved from local oolitic limestone and was recovered from a site in Ashcroft in 1899. The volume of material recovered from the site would appear to indicate the presence of a large shrine or a temple dedicated at least in part to the Matres. This potential temple highlights the importance of the Mother goddesses to the inhabitants of Roman Corinium, with a religious building within the civic centre of the region.

Whilst the Cult of the Matres appears to have been particularly popular and significant in Corinium it was not an entirely local phenomenon. Dedications and altars to the Mother goddesses can be found across the Northern European provinces of the empire. Archaeological data reports the earliest evidence of the Cult of the Matres to be dated to the 1st century AD from a site in Gaul, modern France. This evidence appears to suggest that the Matres cult may be a foreign transmission, brought to Britain during the Roman conquest of 43AD and becoming popular over the next few centuries. 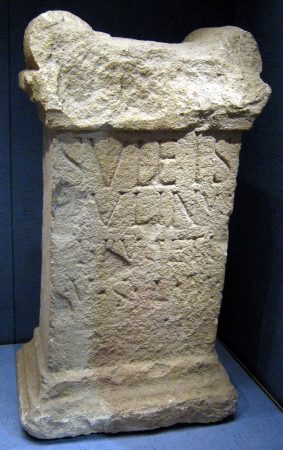 In Cirencester the Matres may have been widely referred to by a more local name, the ‘Suleviae’. This is revealed through studying epigraphic (inscription-based) evidence, such as the altar recovered from the Ashcroft site in 1899. This inscription as well as others in and around Bath refer to the Mothers as the Suleviae, a local name which indicates a clear connection with Sulis, a Celtic goddess worshipped primarily in Bath. It is likely that the Matres would have been known by local names across any Roman province where they had a presence, such as in Germania were they are commonly referred to as the Matronae or Matrons. 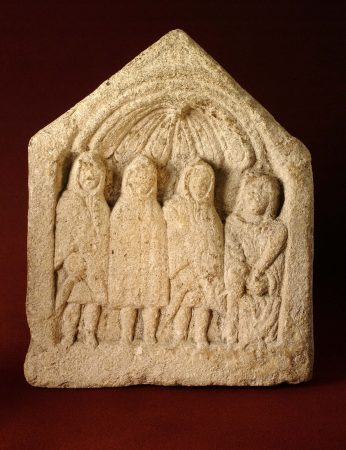 This icon appears to represent the mother goddess sitting alongside the ‘Genii Cucullati’ or the Hooded Spirits, it was archaeologically recovered in Cirencester in 1964. These spirits and their purpose is unknown, though they may have represented fertility alongside the mother goddesses or provide an element of protection to the divine Matres. Interestingly, they appear very commonly alongside the images and altars dedicated to the Matres across the Cotswolds, especially within the potential temple site at Cirencester.

Many of the details regarding the Cult of the Matres are either unknown or are based largely on a fragmentary body of archaeological evidence. A singular certainty regarding the mother goddess cult is the relationship between Roman Corinium and the Mother Goddesses, perhaps representing a patron deity for the capital of a major Roman province.