Bird Watching in the Museum

This cockerel has been spotted perched in the Roman Gallery. 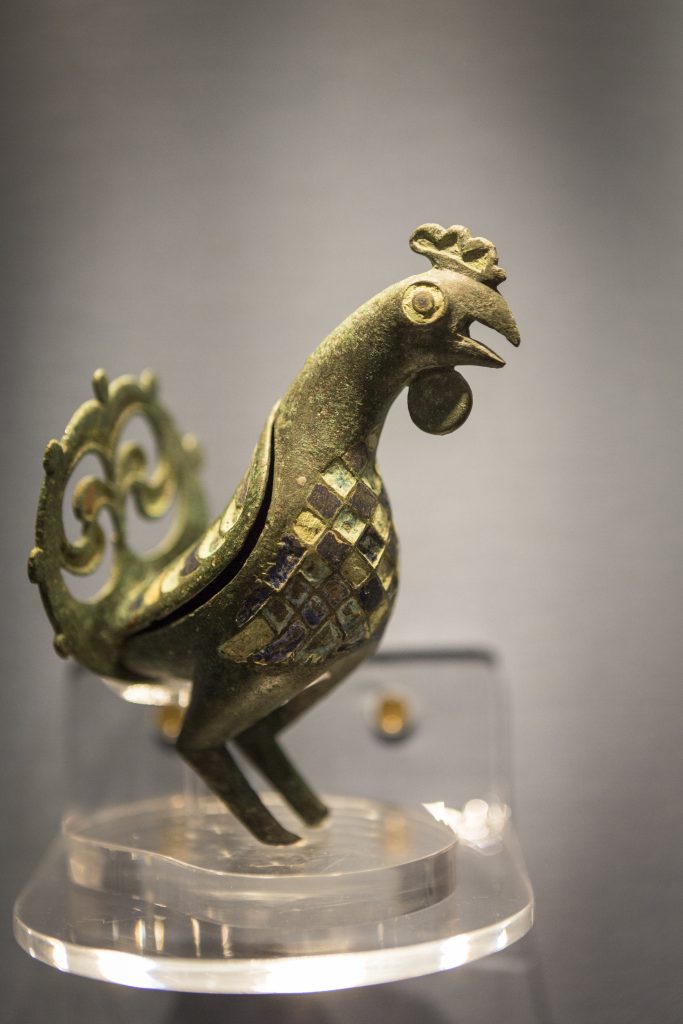 The bronze enamelled cockerel was found during the excavation of a Roman Cemetery and comes from the grave a young boy.

Chickens are the most widespread of domestic animals and outnumber all other birds, with a global population of more than 19 billion. Descended primarily from the Red Junglefowl of Asia, they were originally raised for cockfighting or for special ceremonies and were not kept for food until the Hellenistic period (4th–2nd centuries BC).

This exceptional decorative object is one of only eight known from the Roman world and the only example to survive with its tail piece.

Cockerels often accompanied or represented the Roman god Mercury who was a popular deity in the Cotswolds; a temple dedicated to him lies nearby at Uley. Both the cockerel and Mercury had roles as messengers of the gods. The presence of the figurine in the child’s grave may also owe to Mercury’s additional duty of guiding the souls of the deceased to the afterlife.