Secrets of a terracotta woman

This week’s blog post is written by Chris Hayward. A recent Graduate in Ancient History, Chris is volunteering at the Museum before he starts a Masters degree.

Over the last few weeks I have been curating a small temporary case for the Corinium Museum. My aim was to try to move beyond objects themselves towards an understanding of what they represented and how they functioned within their original settings.

Early into exploring the vast number of finds housed in storage at the Corinium Museum, I found a small terracotta figure of a woman. She seemed to smile knowingly while I wondered whom she represented- an ancestor, a goddess; a mother, a daughter? From what we know about Roman culture it seems most likely that she represents a Lar, a spirit of a deceased ancestor that inhabited in the homes of their descendants. This means that the figurine was probably based on a real and tangible individual. Why did she become so revered? 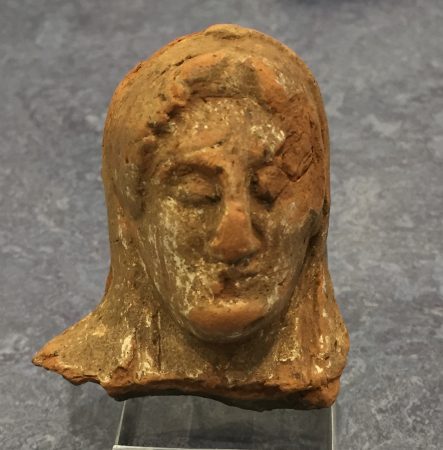 I suspect that the person behind the figurine led an exemplary life according to Roman virtues. She certainly would have been pious, worshipping a variety of Romano-British deities that were instrumental to life within Corinium. The woman would have been a matron in her own right, responsible for running a household while her husband participated in external affairs. She would have worn extravagant jewelry to reflect her high status and obligations as an important member of society. Perhaps the greatest responsibility for her would have been childbirth- to have many healthy children and carry on the family’s legacy. The woman must have become revered because of her outstanding moral conduct as a matron and a mother. She was probably so successful in applying these Roman ideals in her own life that, over time, she began to personify them for later generations. 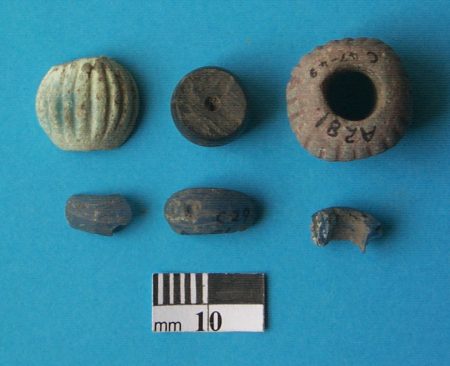 Beads such as these would have formed necklaces and been used by women in Corinium to make statements about their wealth and success as matrons of households.

The figurine operated on two levels. The first was a deeply personal image of a departed family member, cast into terracotta in an attempt to capture her memory. The second was a personification of Roman virtue for her descendants to learn from. The figurine therefore functioned quite literally as a model for behaviour as well as an attempt to secure permanence in the face of death. 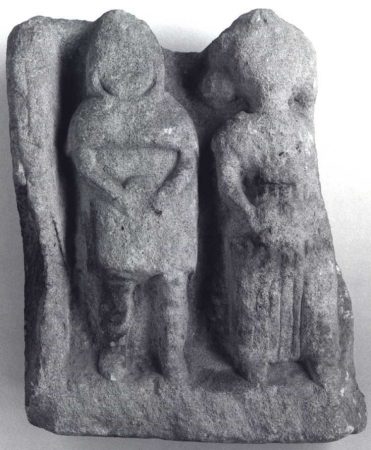 Genius Cuculltus and Mater votive statue: reliefs such as these are common throughout Roman Britain, and show the importance of religion to daily life.

Far more than being a simple figurine, the terracotta statuette tells us a story of transformation. Upon her death this influential woman became celebrated as an example of virtue, capable as a Lar of aiding her descendants throughout their lives. She shifted from a real personality to become an archetype of domestic life for the people of Corinium.

The terracotta figurine serves to instruct us as well- not in how to live, but a reminder that objects can yield valuable insights into the Roman worldview.